The Music Of Jesus Christ Superstar

This March, Motherlodge takes it’s Live Arts Exchange on the road, presenting a collaborative concert and community sing of The Music of Jesus Christ Superstar that will be staged at Union Church in Berea, Kentucky on March 25, Red Bicycle Hall in Madison, Indiana on March 26, and landing in Headliners Music Hall in Louisville Kentucky on March 31.

Organized by Motherlodge founder Ray Rizzo and shaped by a tight-knit band led by Chris Rodahaffer, Danny Kiely, Scott Anthony, Cheyenne Mize and Rizzo, the concerts were conceived to be a collaboration with members of the regional music and arts community in the towns where they are performed. For these concerts, theatrical aspects of Andrew Lloyd Webber’s rock opera are sidelined in pursuit of a more immersive musical experience. Musicians set up amongst the audience to encourage the diminishment of the fourth wall, subjecting the performances of the music to the enthusiasm and participation of those in the room. Each concert will showcase different singers covering the songs of each character. Motherlodge will announce singers for each concert on its website in the coming weeks.

* The March 25 concert at Union Church will be a collaboration with Clear Creek Creative, the organizers of the annual Clear Creek Festival outside Berea, KY.

Since 2009 Motherlodge has presented Live Arts Exchanges in Louisville, KY and New York City to foster the development of new works and provide collaborative opportunities for musicians, theatre makers and performance artists to reach outside the box and try new ideas in the company of peers and audience. The Motherlodge DNA has always involved travel (artists regularly travel from NYC to Louisville Motherlodges and Louisville artists have been featured at New York Motherlodges), but these concerts of The Music of Jesus Christ Superstar will be the first time that Motherlodge takes the show on the road. 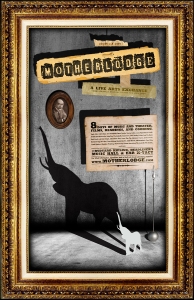 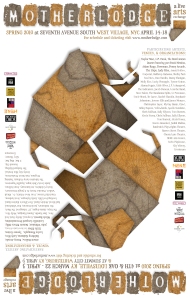 The Motherlodge Live Arts Exchange happens in Louisville and New York City. Music, theater, visual and performance art are conjured and presented. Since 2009 Motherlodge has fostered new works of music, theater, and visual art with no preservatives or trans fat.  You should take part in the next Live Art Exchange.